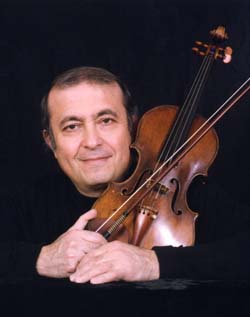 Raised in Israel, violinist David Ehrlich started his professional career as concertmaster and soloist with the Tel Aviv Chamber Orchestra and toured as guest soloist with other Israeli chamber orchestras. In the US, after studying with Shmuel Ashkenasi, he served as concertmaster and soloist of the Colorado Festival Orchestra, Filarmonica de Caracas, Chicago Philharmonic Orchestra and was associate concertmaster with the Indianapolis Symphony Orchestra. Later, he joined the Audubon Quartet as first violinist, and toured for 17 years all over the world, performing on some of the most prestigious concert series, collaborating with many of the world’s great chamber musicians, and appearing on radio and television.

David is the head of Intensive Studies course at Ameropa, an international summer music festival in Prague, CZ. This highlighted in a series of performances at the prestigious Prague Spring Festival, where he was artistic director of a program dedicated to Schoenberg and Mahler. David also performs annually at the Red Rocks Music Festival, taking place in Phoenix, and Sedona, AZ. In 2013-2014, David helped mentor a new professional string orchestra in Hong-Kong, and conducted an intensive chamber music seminar in Beijing, China.

In 1993, he and his wife, Teresa, founded the Renaissance Music Academy of Virginia, a nonprofit community music school located in Blacksburg, Virginia, which provides music lessons to children throughout all of southwest Virginia. In Blacksburg, David helped develop Virginia Tech’s Vocal Arts and Music Festival, where he is in charge of the instrumental chamber music program and intensive string quartet seminar. He is also the artistic director of Musica Viva, a chamber music concert series based in Blacksburg.

Since 2004, David has served as a Fellow of Fine Arts at Virginia Tech. He performs on a violin made by Carlo Bergonzi (1735), through the generosity of the Virginia Tech Foundation. 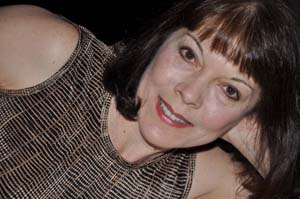 Ms. Ehrlich began her musical training at the age of four. Born and raised in the Midwest, she received her master of music degree in piano performance and pedagogy from Northern Illinois University as a student of Donald Walker. Ms. Ehrlich’s other teachers have included Gyorgy Sebok, Menachem Pressler, and Leon Fleisher. She has received critical acclaim throughout the United States, Israel and South America, where she has performed as recitalist and soloist with orchestras including the Sinfoica de Maracaibo and the Filarmonica de Caracas in Venezuela.

In addition to her solo and orchestral engagements, she is active as a chamber musician and has performed as a guest artist with the Audubon, Vermeer, Cassatt, and Vanbrugh quartets. Ms. Ehrlich has been a participant in the Banff Festival in Canada, Yale Chamber Music Festival, Music at Gretna Festival, New Hampshire Music Festival, Chautauqua Festival in New York, and the Sanibel Island Festival. She has performed during numerous live broadcasts on radio station WFMT in Chicago and is also frequently heard on National Public Radio.

As well as being a founder of the Renaissance Music Academy of Virginia, Ms. Ehrlich is also the Executive Director of the school and a member of the piano faculty. She is a member of the chamber group Avanti Ensemble which performs throughout Virginia. Since 2005, Ms. Ehrlich has been a faculty member in “Ameropa” an international summer festival in Prague, Czechoslovakia. 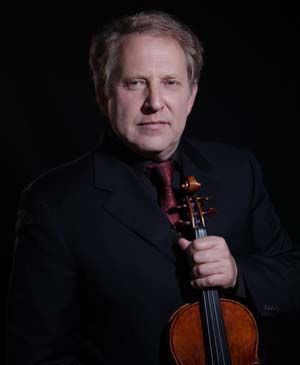 Critics, colleagues and audiences regard Shlomo Mintz as one of the foremost violinists of our time, esteemed for his impeccable musicianship, stylistic versatility and commanding technique alike. Born in Moscow in 1957, he immigrated to Israel and studied the violin with Ilona Feher. At the age of 11, he made his concert debut with the Israel Philharmonic Orchestra and at the age of 16 he made his debut in Carnegie Hall with the Pittsburgh Symphony Orchestra, under the patronage of Isaac Stern.

Since then he is a celebrated guest with orchestras and conductors on the international music scene, and has appeared with historical musicians like Sergiu Celibidache, Pablo Casals, Eugene Ormandy, Claudio Abbado, Lorin Maazel, Mistislav Rosptropovich and Carlo Maria Giulini. In the 2012/2013 Season, he celebrated his 50th anniversary with the National Orchestra of France in a special concert at the Champs Elysées Theatre as a conductor and a soloist.

A regular President of Jury (Wieniawski, Sion, Buenos Aires and Munetsugu violin competitions) and Artistic Director of many International Music Festivals, he is currently sought after to conduct Master Classes all over the world. Mintz is also a co-founder of Violins of Hope, a project that aims to promote peace through music.

He has won several prestigious prizes including the Premio Internazionale Accademia Musicale Chigiana, the Diapason D’Or, the Grand Prix du Disque, the Gramophone Award and the Edison Award. In 2006 he was awarded an Honorary Degree from the Ben-Gurion University in Beersheba, Israel.

In 2015 and during two years Mintz was named the soloist in residence of the Queensland Symphony Orchestra.

In Autumn 2016 Shlomo Mintz has been awarded with the Cremona Music Award 2016. Next season includes performances in Europe, North and South America and Asia. 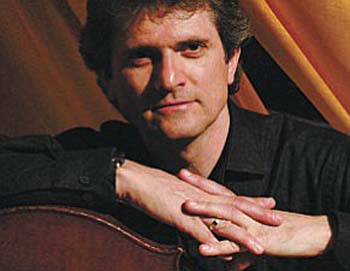 A native of Romania, Jan Simiz studied at the Ciprian Porumbescu Conservatory in Buchares. In 1980, Mr. Simiz arrived in Los Angeles and won the principal cellist position with Neal Stulberg and the Young Musicians' Foundation "Debut" Orchestra. He received his master's degree in cello performance from the University of Southern California where he studied with Eleanor Schoenfeld.

In 1985 Mr. Simiz joined the Phoenix Symphony and became assistant principal cellist in 1989. He is also principal cellist for the Music in the Mountains Festival in Durango, Colorado. He frequently performs in chamber music ensembles.